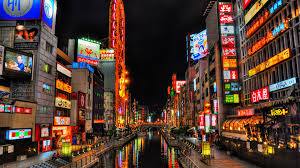 Japan will allocate 17.722 billion Japanese yen ($200 million) to the Georgian government, for the implementation of the East-West Highway Improvement Project under the framework of Official Development Assistance (ODA) Loan Aid.

Notes and other related documents were exchanged between the Japanese Ambassador to Georgia Masayoshi Kamohara and the Georgia’s Foreign Affairs Minister Grigol Vashadze.According to Japanese Embassy information, the present loan aid should be spend for strengthening the transport capacity of Georgia by improving a part of the East-West Highway between Zestafoni and Samtredia.The Japanese International Cooperation Agency considered the Zastafoni-Samtredia stretch most economically profitable, which is one of the reasons to chose this part of the highway.Japanese Embassy Executive Diplomats Assistant Mikhail Petrosyan told Georgia Today that this part was chosen after mutual cooperation.”Before that a survey was done and local people were interviewed, and the decision was made based on the survey results,” said Petrosyan.Japan has implemented a number of different projects including grant aid, technical cooperation and ODA loans together with the Georgian government.Japan’s ODA to Georgia totals more than $356 million, including the East-West Highway Improvement Project loan.