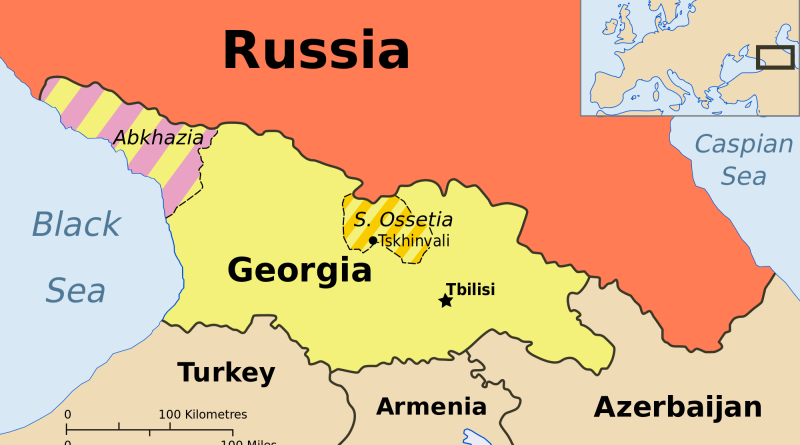 Georgia said on Saturday a mountain pass with Russia, closed since 2006, would reopen next week.
“In compliance with the agreements reached by the Georgian and Russian group of experts at the meetings held in Yerevan on the 28 October 2009, through the mediation of the Armenian side and at the Kazbegi checkpoint on the 23 December 2009 with the participation of the Swiss side the movement through the Kazbegi, Georgia and Zemo Lars, Russian Federation checkpoints will resume as of March 1, 2010,” Georgia”s Deputy Foreign Minister, Alexander Nalbandov, told the media.
The Upper Lars border crossing through the towering Caucasus mountains is effectively the only land crossing between Russia and Georgia, the others running through the Russian-backed rebel regions of Abkhazia and South Ossetia.
In a rare sign of cooperation between the ex-Soviet neighbours, Georgia‘s foreign ministry said in a statement that the Verkhny Lars checkpoint would reopen to vehicle traffic on Monday, March 1. There was no immediate comment from Russia.
Russia cut air links with Georgia over the war, and Georgia severed diplomatic ties when Moscow recognised the rebel territories as independent states in late August 2008.
Georgia will continue to issue visas to Russian citizens only at the airport, while Georgians have to apply in advance to visit Russia through the Russian interests section of the Swiss embassy in Tbilisi.
“Georgian visas will not be issued at the Kazbegi, Georgia checkpoint. Improvement of Georgian-Russian relations is impossible while 20% of the Georgian territory is occupied by the Russian side and 100 thousands of internally displaced people are not allowed to return to their homes,” Nalbandov said.
Analysts say the decision to reopen the checkpoint is more economic than political, benefiting mainly traders from Russia‘s landlocked economic ally Armenia.
Georgian businesses have suffered from an
effective trade embargo by Russia since 2006,
including a ban on two of Georgia‘s main exports— its much-loved wine and mineral water.