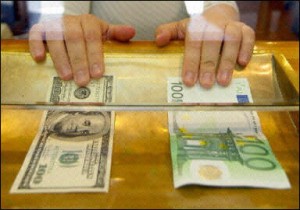 It was one Tskaltubo evening. I was guest at Prometheus and was looking into park in front of  a house. I was breathing with light radon air so greedily as is somebody was trying to deprive this air in that perfect silence.

I looked up, there was an infinite Universe. The moon was run away as electorate that National Party counted and registered, there were only stars in the sky. Maybe the moon has holiday on Tuesdays?! Maybe the moon has been sequestered as a project of reconstruction of this park?! When looking at stars I remember a joke: Svan was asked: does there somebody live at the moon? Svan answered: I know exactly that somebody live at the moon because there is light in his house. I think cleaning charge is different there and is not so expensive.  Leaves were asleep and nature too. And birds were flown away as deputies that were playing poker in a hall of the hotel, and were so noisy with their 50-cent counters and were disturbing Prometheus. TV was announcing: head of FBI had sent anonymous letters from women and when is became known he went out. That women applied to FBI agent who liked that woman and on her hand she found out that woman liked general of  forces in Afghanistan and they had wrote to each other about 20 000 letters (I remember Stendhal). Can you imagine?! That general wrote a lot of letters in Afghanistan. He was waiting to his transfer to Europe, but they did not transferred him because if it become known that a general or somebody else in army has lover or is unfaithful to spouse he or she may be arrested 7000 km. far. Illegal sex is banned strongly, head of FBI was fired.

USA is a wonderful country. Poor people are punished in this country by strange reasons. Poor Petrius and that FBI agent. I’m afraid of that woman. There was silent in Tskaltubo and I had no confidence in FBI that secures the world and Georgia from terrorism and other dangers. As classic Charley says (or my aunt Nargiza should make conclusion) maybe that woman had poisoned everybody, maybe with raven or wolf fat. People said it makes men completely crazy.

Might was hard. Love to Petrius was worrying me. This old Romeo was composing poems but nobody had estimated. 16-17-old teenagers can do everything but if you are 40 – no, you will be punished. It’s so unfair.   I remember, 53 years old Soros was marrying 27 years old Angela. Is she Jew? So when crowning the priest asked: Are you agree to marry her, to take care over her during all your life and to share with her your property and your happiness? Soros became blanch with question, he invited his lawyer and asked, what are they asking? Lawyer said: you can say “yes”, Soros said “yes” and added: in Hungarian “not really”. You see, 50 years old men have different thinking and different crowning.

Tskaltubo is sad and there is silent again. Parliament is in fire and I worry about everything – where is the moon . . . or somebody not to pay much for light on the stars. And what about Tskaltubo park and palms there; deputy that loose poker, FBI without Petrium and general loved that woman?  But his wife is happy and why are worrying others? I read a book of Soros and I think he did not become a philosopher and did not write theory of reflex. He can’t tell exactly what he thinks. It’s difficult for him. Poor man. Hard night, so many problems. . . Will something turn for the better. Classic Charley said “happy end” but what ends?