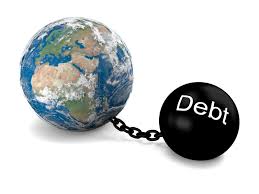 “Despite everything there is a way out of this dead end – use of financial means to save system of excessive savings by means of crises and devaluation”
John Arig, Adam Smith in Beijing, 2009, pg 249

Oh, miracle, economic theories are going to a dead end one by one. Starting from 2001 and in his latest book Alan Greenspan was emphasizing that this crisis is bearing Schumpeter’s style. This will be followed by “creative destruction” (this is a category created by Joseph Schumpeter). Many economists reckon that the main achievement of 20th century is theory of economic development by Schumpeter. Alan Greenspan was carrying out monetary policy in accordance with this theory. The theory that brought huge benefits to USA and world together with current crisis. However, Greenspan, just like Schumpeter was accusing financial circles and structures in boundless liberalism. A foundation for a new theory is being constructed now – curing illness with illness. Though, it might be not new (illnesses are cured by means of bacteria in medicine aren’t they?!)
World in crisis of debts (crisis appears to have many names, just like flu). Some of the countries are living with constant debts. For instance, exemplary country Japan issues $600 billion bonds in 2009 that exceeds its annual taxation incomes ($416 billion). Government is planning to issue bonds with the value of $400 billion as it cannot service old debt other way. National debt of Japan made up 200 percent of GDP in 2009. According to forecasts it might reach 227 percent in 2010. 65 percent of state budget is spent on paying interest rate of old debts. And this in the times, when tax incomes are decreased by 20 percent in 2009 and economic growth made up 9.5 percent. Yen is hardening against dollar. National debt of Greece might amount 120% of GDP in 2010. $40 debt is accounted per capita, while budget deficit is 12.7 percent. Italy has joined this team with 120 percent. Germany, Britain, Spain and Ireland are the members of 80 percent club. They are not having a bad life at all. According to recognized macroeconomic standards, countries should have been in default long ago, they should have been starving right now. However, despite crisis and huge debt, they are living a good life more or less. They are expecting inflation and are hoping to cure bacillus by means of bacillus (debt with inflation). Debt sucks out and will be written off and then they start over to accumulate debts. What else might be said about USA with its $11 trillion debt!!!
Theories and economics are changed. Crisis seems to be necessary to write off everything and increases demand!!! Schumpeter is right and Adams theory is the truth, but treating indebtedness with debts is a new and lively theory! It might be said that it is very attractive in this Tiger’s New Year. Moreover, Tiger is in captivity of Schumpeter and it is sitting in debts cell, but it is free and happy! How? This is a new theory – Neo Schumpeterism! Georgians have the tradition not to meet New Year with debts. It seems that everything is upside down. One should not meet New Year without debts. Everybody will be loaded with debts at New Year’s Eve. This is a new theory!
If you want to see the list of happy ones, take a look at credit-info dossier with more than 3,000 people. They are the followers of new debt theory. Clever people who are sitting and waiting for devaluation of dollar so that to easily cover debts. There is nothing to worry about. Everything will be all right. Debts are oppressing not only you but the dream countries like Japan and USA; nevertheless they manage to live like a king, don’t they?!
Debts were considered as shame in the past. Now it is prestigious. If you can borrow money, you are respected and tough guy! What else do you want? Is it not enough? What then? Comes crisis, pig flu or sheep flu or bird flu and all the debts will be written off. Our main task is to include whole Georgian population in the list of bad creditors of Credit Info. And whole Georgia will be black listed. What will the banks do then? They will have left nobody to issue credit to. Thus they will tear this list by themselves. Recently, one attractive lady has come to my office and offered me… do not think of anything bad… She offered me some service – to buy a list, so called black list. List of bad payers. I told her that I did not need it as I could simply take the election list, exclude political elite from it and that’s all. Moreover, we could make the list international and include our friends: America, Japan, Greece, Spain and whole country will be us.
I recalled one New Year anecdote – Dzuku has 1000 Laris debt of his neighbor. Once the neighbor asked to return the debt and Dzuku told him he had no money. Then the neighbor went to Dzuku and asked to give at least 800 laris. Dzuku told him that he would try to return debt. Angry neighbor went to Dzuku on New Year’s eve and told to give him at least 500 laris right now. Dzuku told the neighbor – “What’s the problem, I am paying the debt gradually!” This is a very old anecdote, but theoretically Dzuku is very close to Schumpeter.
Thus, the things are not so bad. Everything will be all right in the New Year, long live to the world of debts! Whole world in the name of debtors wishes you happy New Year. Wish you this year the life of America and Japan loaded with debts.
This is an economics of innovations, the country is changing, approaches and theories are changing. Hope our economy, standards of living, debt attitude and credit info list will change.
TSU Professor Emzar Jgerenaia
TEL: (+995 32)25-16-00
E-mail: emzari-6@hotmail.com