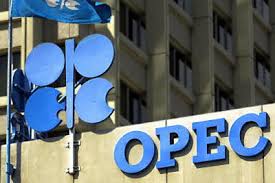 The aim of the article is to clarify the System of OPEC, how does it works, how OPEC does monopolize oil production and pricing.

Conclusion
As it’s already mentioned OPEC mostly consists from the member countries with one Arabian mentality and they are acting as a non traditional cartel which creates their main strength. The right policy, tactical decisions and the dominant place by the world oil reserves puts OPEC into the unbreakable and invincible position. Within taking decision OPEC based on two backwards: 1) On the one hand maximization goal of profit and 2) take into account national interests of each member countries. It’s too complicated to reach balance between of these two sides. Saudi Arabia as a core producer and exporter which has main role to take the responsibility for itself.
Absence of voting rules and problems connected with it clearly revealed in OPEC’s quota system decision, where OPEC prefers to “close eye” to the cheating in order to avoid the official precedent of quoting changes.
The global financial crisis of 2008 and the ensuing Great Recession had enormous implications for demand projections in both the short- and medium-term. For example, the WTO14 2009 documented how dramatically GDP forecasts for 2009 were revised: while in July 2008 expected economic growth in OECD regions for this year was in the range of 1.3-1.6%, OECD economies actually shrunk by an average of 3.4%. This, in turn, had consequences for oil demand, which in OECD countries contracted by 1.4 million barrels per day (mb/d) in 2009. Moreover, the WTO 2009 foresaw recovery from the recession as being only gradual, and this affected medium term oil demand prospects, which reached just 90.2 mb/d in 2015 compared to the 96.1 mb/d expected in the WTO 2008. This had already been factored into the WTO 2010, with increased medium term demand expectations. This process of re-evaluation has continued with global economic growth for 2010 at an average of 4.7%. As a result, the medium-term outlook for oil demand reflects an upward revision from last year’s assessment. However, it is worth stressing that risks appear skewed towards the downside, especially since the sovereign debt crisis in some EU countries seems to be spreading and the world economy slowing down further, with potential consequences for the global financial system.
The world economic outlook has been worsening due to the challenges facing to the OECD economies. The forecast for world GDP next year has been revised further down reflecting these uncertainties. Next year’s oil demand growth is expected to come from the non-OECD, mainly China, India, the Middle East and Latin America. By sector, industrial – particularly, petrochemical – and transport sectors will contribute the most expectations oil demand growth. US oil demand is expected to return to its normal growth mode; however, it will remain the wild card for 2012. Furthermore, petroleum product retail prices will play a major role in oil demand next years, mainly in the transport sector. The EU oil demand will continue to contact next years resulting not only from weak economic growth but also from maintaining its efficiency trend. OECD Pacific oil demand will be in better shape than Europe’s Japan’s oil consumption will reflect rebuilding projects. World oil demand is forecast to grow by 1.2 mb/d in 2012 to average 89.0 mb/d.
Based on World oil outlook paper15 and having considered the supply and demand perspectives made by OPEC oil basket price will be risen to $106 by 203016.
———–
1 EIA official dates.
2 Ecuador suspended its Membership in December 1992 and reactivated it in December 2007. Gabon, which became a Full Member in 1975, terminated its Membership with effect from 1 January 1995. Indonesia, which became a Full Member in 1962, suspended its Membership in December 2008.
3 Ecuador suspended its Membership in December 1992 and reactivated it in December 2007. Gabon, which became a Full Member in 1975, terminated its Membership with effect from 1 January 1995. Indonesia, which became a Full Member in 1962, suspended its Membership in December 2008.
4Hubbert, Marion King (June 1956). “Nuclear Energy and the Fossil Fuels “Drilling and Production Practice’” (PDF). Spring Meeting of the Southern District. Division of Production. American Petroleum Institute. San Antonio, Texas: Shell Development Company. pp. 22-27.
5 The conclusions are based on IMF statistical annual publications.
6 Licklider, Roy (1988), “The Power of Oil: The Arab Oil Weapon and the Netherlands, the United Kingdom, Canada, Japan, and the United States”, International Studies Quarterly 32 (2): 205-226 [p. 206].
7 “Record oil price sets the scene for $200 next year”. AME. July 6, 2006.. Retrieved 2007-11-29.
8 “Peak Oil News Clearinghouse”. EnergyBulletin.net.
9 OPEC official site.
10 H. Houthakker. The world price of oil: A medium-term analysis p.13.
11 Emma, Ukpana: “OPEC as a Cartel: Can US antitrust laws are applied extraterritorially?”
12 EIA dates.
13 Official document of OPEC.
14 World trade Organization.
15 WOO official paper of OPEC.
16 For now its 94$.