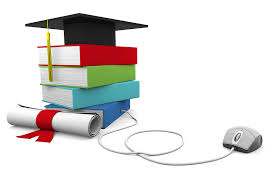 I am a newcomer in a journalistic industry, though I am quite aware of a theme I am going to write about. What is more, I might even be considered as a one of its characters.

One perfect morning I decided to read The Wall Street Journal, where I found quite catchy article about US political situation and what adult Americans think about future. To say so, the article was my inspiration.

Unfortunately, my knowledge is not so wide as it should be for writing for journal as I am a teenager, yet. Although, I am sure I know something about educational industry and I am capable of discussing economical issues.

Despite of years gone by from Springsteen’s “quote” we still have that one question in our mind – Is it real or is it just a fantasy ?!

In my country it appears as a stated fact that the educational system in the US and economical situation is perfect, so we always try to become “equal” to them. ( of course, being equal to the US is absolutely unavailable for Georgia at the moment, and is not even discussed in further future). Suddenly, I realized that all we think and consider about the states is partly a dream.

American parents appear to be very unsatisfied with everything that happens in their own country. To start with we can talk about the political situation in the US. I found out from WSJ/NBC polls that 79% of population is not very pleased with political situation. They even try to blame Washington Politicians for damaging their children’s lives. There opinion is quite argumentative in some cases. Though, blaming all together on politicians might be a wrong path that probably will not lead to the solution Americans do need right now.

Parents from the US claim that their salaries are unbelievably low for paying university fees. As you know fees are quite high and sometimes they even overcome 70000$ per year or more. It is really hard to pay so much money just for a year when you have a low-paid job. People think that government must “feel their pain” as it goes exactly from them. No one wants to leave a child without education, but what else is there left for poor families?!

A lot of people had lost jobs since 2009. They complain about low wages and some of them even complain about not having a job at all. Yes, this is America! And this happens everywhere in the whole world, so we do not have to idealize the US.

Middle class thinks that government makes living in states unavailable as people are going through hard times. Economical situation does not seem so perfect for American population as it seems from outside. Median family income is nearly 8% low than it was in 1999. It should be not very successive statistics for the country.

However, the only theme I would like to discuss is education. Poverty in families appears a huge problem and nowadays a lot of people try to find out a solution for poor students. Statistics prove that California, Texas and Florida are the states that need financial help ,for students, the most. It is really disappointing, is not it ?  In the huge and highly developed states like these students are in need of financial support.

Unfortunately, the US is not the only country with this problem. I really did fell the “pain of high fees” when I decided to continue  my studies in the UK.

It is really hard to afford to pay so much money per year just for studying, even excluding living fees. Everyone wants a good education. Poverty is problem of course, but in my opinion, the reason of  pauperization are uneducated people. We need to get more education and skills for having better future for us, for our country and for our future generation. These are two cyclical things that are really depended on each other. We should find a way how to cut this cycle and make life better for everyone, does not matter where the one lives, as educational problems are one of  the most widely spread problems  in the 21st century.

Especially, for poor and not very highly developed countries. Studying in the UK for Non-EU student costs so high that you can buy a very good apartment in Tbilisi for that price, but as wise people say children are the best investment the one can make in his life.

Georgia is neither very rich country, nor very developed.  We are a part of global village so we too have the same problems. For God’s sake studying in Georgia does not cost so much as in Europe and in the US, but price is not very low either. Of course, everything should be according to our earnings and salaries. No Georgian earns so much for a job as European people do. Besides, fees are not the only problem occurring in Georgian educational system. You may find some more clefts out there.

I have always wanted to write about this theme as it really “hurts me”. I am a part of it and I can feel the fissures very well. Unfortunately, we never try to copy educational systems of very famous countries. We have a very good chance of having high-quality universities, but we never want to make an afford. Georgians stuff is really well-read and we have a chance for a big change. We even might be quite ready for it. What we have to change is the way of teaching and books to teach from. Georgia is small country and we don’t have to be perfect. Why don’t we try to guide with foreign educational systems?! Sometimes I think Georgians think that we should be ashamed of doing that and we always try to create something new. Innovative things are great, but depends on their quality.

There is a very bad example of our educational system that is really problematic. A friend of mine want to become a lawyer, she decided to study here. She is very talented girl so she is the one who can study very well. It is the known fact that best law faculty is in the TSU and it is not easy to get there, by results of course. And here it comes – a dilemma! She is dying of desire to study there but she can not get used to not very pleasant accommodation the university offers us. In my opinion, it is great failure in educational system when a good student rejects a university because of its horrible facilities. We live in 21st century and this problem still exists. Furthermore, we should state the fact that TSU is not a private university.

Everyone knows that we need educated generation for better future, but they don’t make enough afford for this, or do they ?! they should be the ones who is in charge of todays educational system. And exactly this system is the base for us, new start.  This base is the first step in our adult life, but imagine, how can we step on another stair when the first one is broken.

A lot of great minds can be just ignored here. For example why don’t we develop science in a better way. Why is it “useless” and not perspective for students to study science in Georgia, while Americans and Europeans spend millions of dollars on that. Of course we cant spend so much, but what if we try to be better.

Yes the US universities are very expensive. And yes the UK is not cheap either, but no one asked us to judge or to solve their problems. Or how can we when we have to solve ours yet?

Finally, if you ask me there is a lot to change in our educational system. Government must spent money for education, it’s time! And if I was a member of government or ministry, just for a second, I would solve that problem first. Because noting in this whole world defines our future more clearly than an education does. For a better future we need a basis and basic skills that can not be thought in adulthood. The government should start to raise an intellectual generation to have future result and only after this they can say that they have done something for their country.

My article can “be very loud”, but I have always wanted to write about this . and I think I am the one, with all other students, who really are the parts of ongoing process. Just imagine that educational system is a broken bone and it has begun to recover in a wrong way. We are through  that process. And we still have time to change it, make it better until the bone recovers fully. If it does recover in a wrong way it will take centuries to remake it.

Education is the center of everything. Only educated people can truly save our future. I think that it would be better to spend more time now on education than on something else, but in future the result will be so gracious that I am sure it is worth it.

Somehow I think I might have spoken for thousands of Georgian students right now, so this article can’t be subjective.

I hope someday I will re-read this article and these problems will be left out in the past and they will “make me laugh”.

I am devoted to change my country and make it shine, you should be ready too, because there is nothing stronger then us!